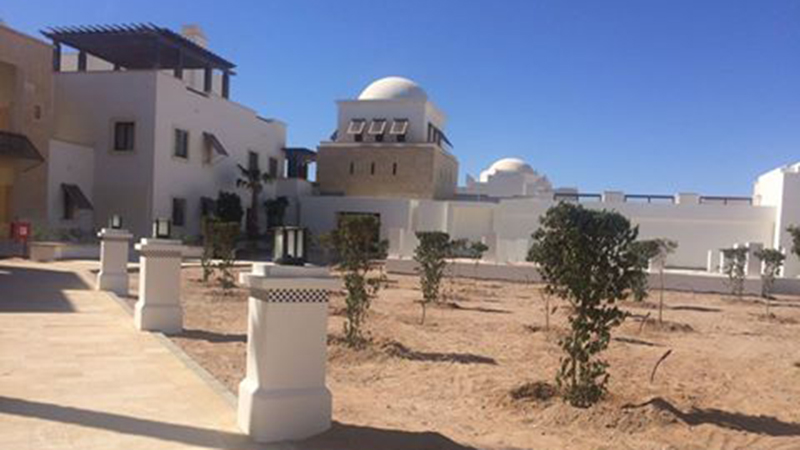 With the change in strategy for Building 4 at Ancient Sands Resort, Kenetic identified a gap in the development. A large area to be developed at a later date was left simply as sand. Kenetic International working alongside the El Gouna landscaping implementation team selected a range of planting to be inserted in the area as a temporary measure until such time as future construction of the building resumes.

An above ground irrigation system has been put in place and the new landscaping is now planted. Now, it just needs to grow out to make this area truly lush before the opening of the hotel building in April / May 2016.