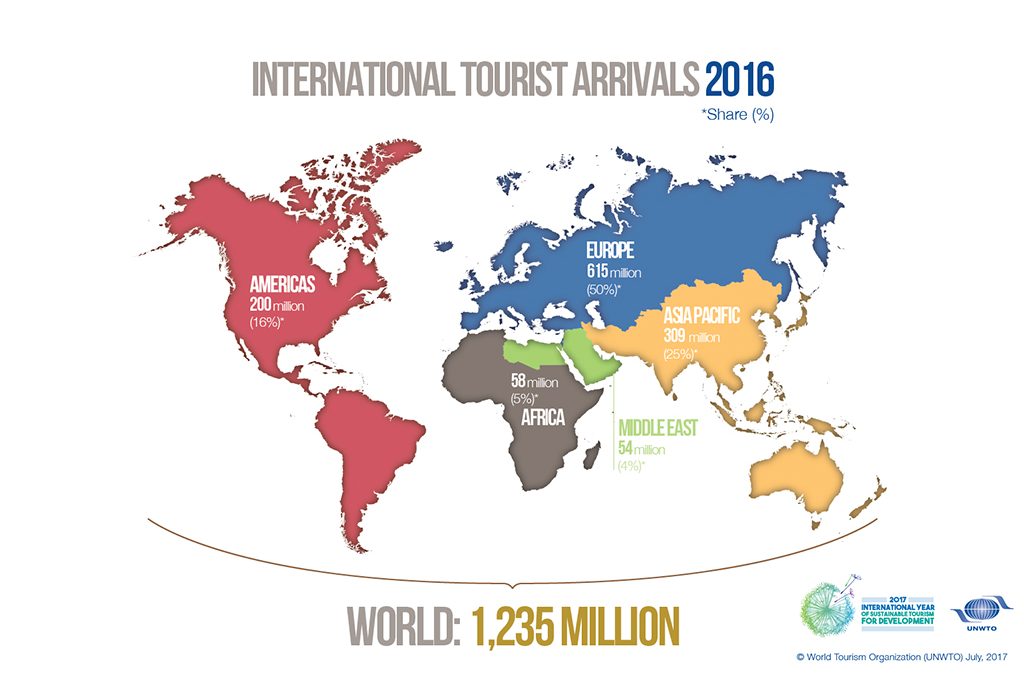 The touristic appeal of a country and the strength of its tourist industry can often run parallel with the appeal of holiday homes and resort developments in the destination. Property investor groups and tourist groups are often a direct mirror, so developers can by understanding touristic trends approach the most sensible target markets.

2016 was a strong year for tourism despite a number of challenges and tourist arrivals continued in an upward progression for their seventh consecutive year. Total tourist arrivals exceeded 1.235 million in 2016, an increase of 4% over 2015.

Tourism’s contribution to global GDP was USD 7,613 bn in 2016 equating to 10.2% of total GDP. Of this value USD 1,401.5 bn was the amount spent directly by tourists in foreign countries. This is expected to increase by 3.6% in 2017 according to the World Travel & Tourism Council.

The first four months of 2017 have continued the upward trend with January to April of 2017 showing an increase of 6% YOY in overnight international tourist arrivals. 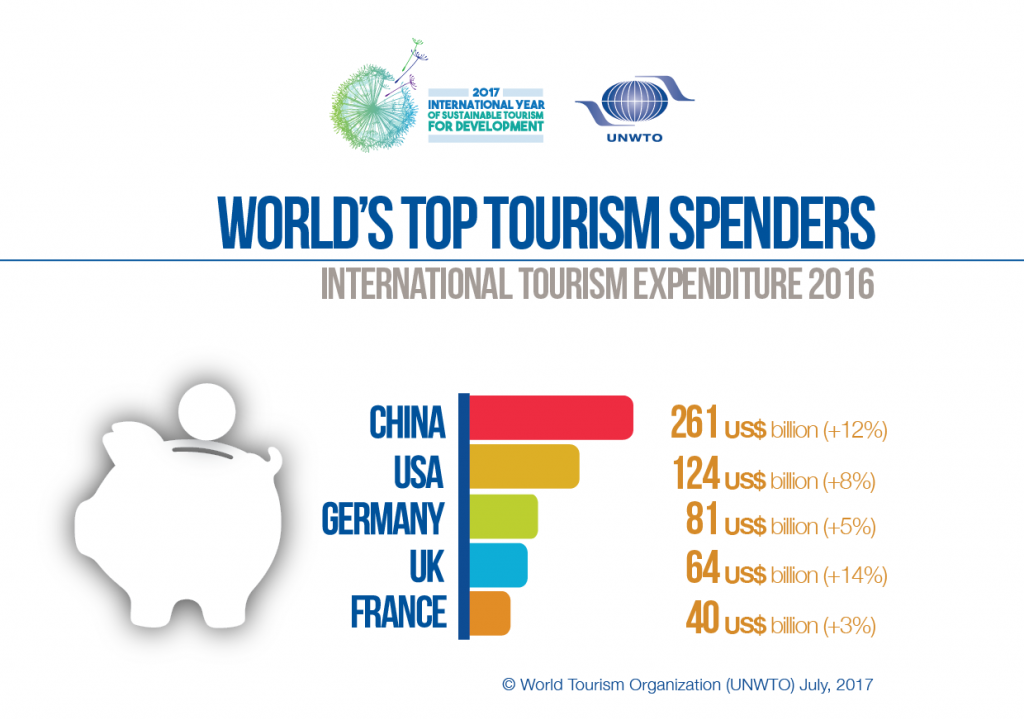 During 2016, China led the world in outbound international tourism and has been the number one source market since 2012. Chinese touristic spending grew by 12% in 2016 to $261bn, double that of any other country. The increase in primarily benefitted Asian markets in particular Japan.

The US follows China as the second biggest spender in 2016 with tourism spurred on by the strength of the US dollar.

Trailing behind China and the US are Germany, the UK and France making up the remainder of the Top 5. People from the UK continued to travel despite the loss of value of the pound after Brexit with a 13.8% increase in tourism expenditure.

The Best of the Rest

Making up the rest of the top 10 tourism spenders were Canada, Korea, Australia, Italy and Hong Kong. 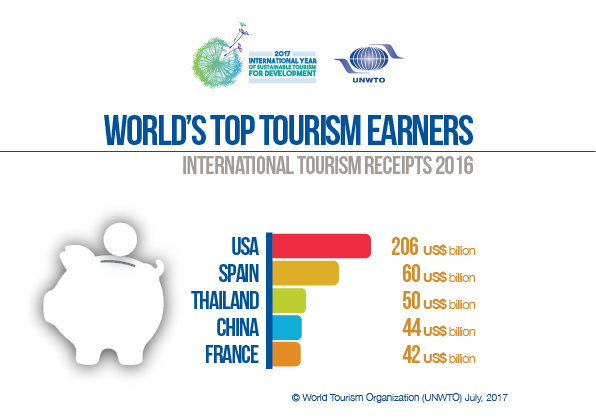 The USA generated the most income from international tourism during 2016 at nearly quadruple that of Spain which sits in second place. The USA generate USD 206 bn in tourism receipts with 75.6 million foreign visitor arrivals through the course of the year; almost quadruple that of Spain which was the second strongest touristic earner in 2016. The majority of tourists came from Canada (19.3m) and Mexico (18.7m) with the United Kingdom (4.6m) providing a distant third source market.

France remains in top place in volume of international tourists, receiving over 82.5 million visitors during 2016 but despite the high volume of tourists their spending per person was lower putting France in fifth place for value with USD 42bn.

In terms of contribution to GDP from tourism, Azerbaijan, Mongolia, Iceland and Cyprus recorded the highest real growth YOY in 2016.

Ironically, with Trump in the White House, the visa openness statistics may take a turn for the worse in 2017, but 2016 showed massive improvement to visa free access to countries across the world. 20% of the world’s population could enter a destination without a visa (an increase of 2% from the previous year) with a further 15% able to receive a visa upon arrival. The need for people to obtain temporary visitor advance visas reduced from 61% in 2015 to 58% in 2016.